Jonathan was born in Bermuda. He had successful law enforcement and private sector careers and turned to writing in the midst of both.

He served in the Bermuda Police Service for twenty-seven years, five of those years as the Commissioner of Police. He has considerable management and security-sector experience having worked in senior Police management positions and trained at the prestigious Bramshill Staff College in the UK and the Canadian Police College in Canada. His experience with intelligence, security services and law enforcement agencies was derived from relationships and training with the FBI, CIA, DEA and London’s Metropolitan Police. In Bermuda, he chaired the operational meetings of the Emergency Measures Organisation (EMO) and received letters of appreciation from the House of Assembly for his role in chairing the EMO in the aftermath of the 2001 terrorist attacks in the US and the deadly-Hurricane Fabian in 2003. He served as co-chair of the joint UK-US White Collar Crime Investigative team based in Miami, Florida; Chairman of the Firearms Working Group for the UK Caribbean Overseas Territories, and as an executive member and 2nd VP of the Association of Caribbean Commissioners of Police from 2003-2005. He was a civilian member of team which completed the comprehensive National Security Review, in 2013. Despite a long career in law enforcement, just one of his books covers his policing career.

He now works in the private sector as CEO of a diverse group of companies with interests in: storage, secure document destruction and recycling, real-estate holdings, property development and management.

Jonathan is a former Progressive Labour Party Senator and Junior Minister of National Security and held positions on the Immigration Board, Public Service Commission, Defence Board and as a trustee of the National Sports Centre. He was awarded an OBE in 2006 for his service to law enforcement. He is currently a member of the Bermuda Gaming Commission and the Telecommunications Commission.

Jonathan’s interests include writing, politics, social justice and professional soccer. Following a life-long love of history, he published his first book, In the Hour of Victory, in 2011. Three other books have followed or are near completion. Jonathan is married to Jan Campbell, the founder and CEO of a global management consulting and leadership development firm in Toronto. They spend their time between their homes in Bermuda and Toronto. She has one teen-aged son, Isaiah. Jonathan has three adult sons, Jordan, Jeremy and Dylan. Each are former residents of Bermuda and reside in London, England; Los Angeles, California and Tampa, Florida, respectively.

2015 – Island Flames – the top selling book in Bermuda for the year (data provided by The Bookmart at Brown & Co.)

2016 – Island Flames – the top selling book in Bermuda for the year (data provided by The Bookmart at Brown & Co.)

2016 – Island Flames – Grant winner from the Bermuda Government to develop a screenplay to be based on the book. 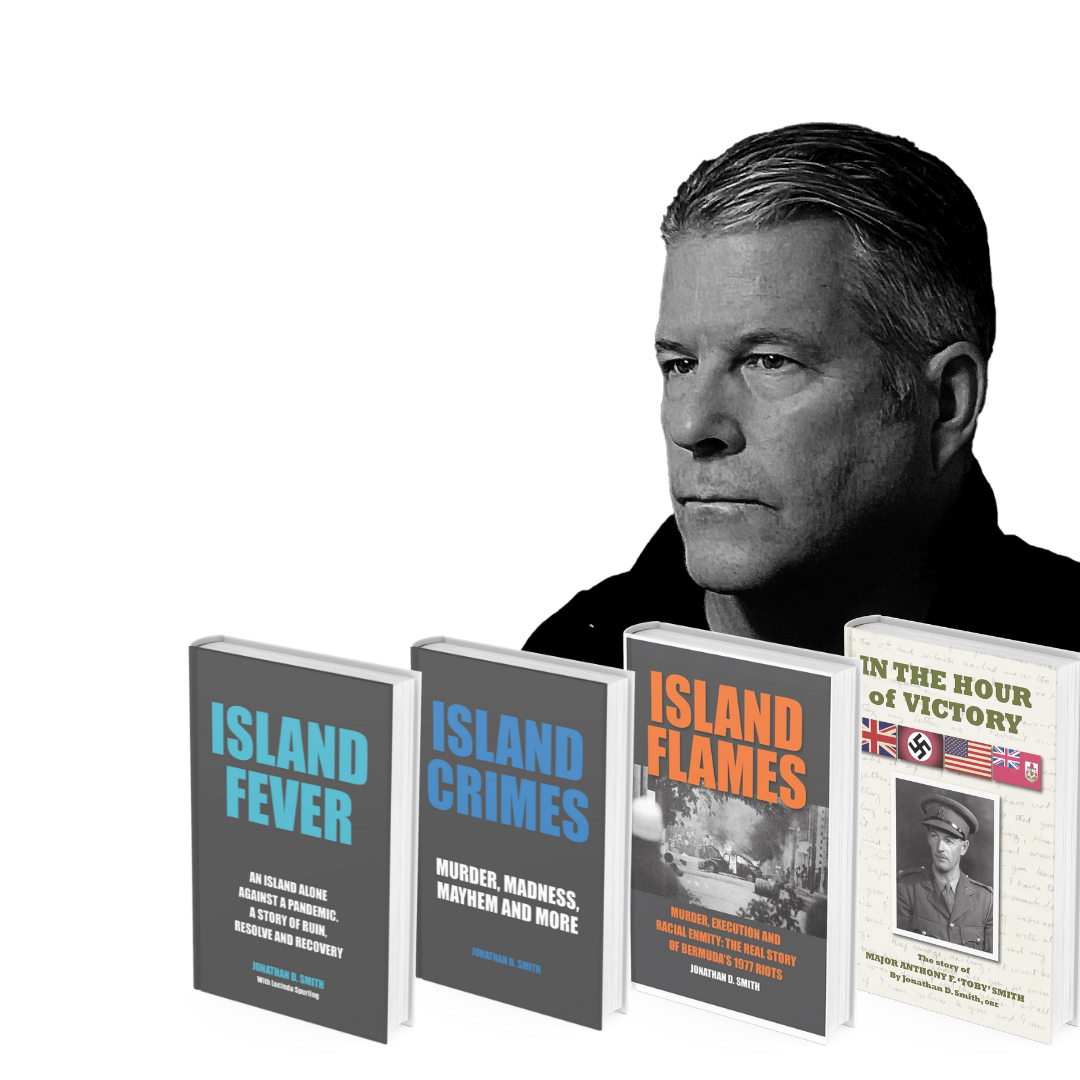